A proliferation of online courses promising to teach you how to write computer code have attracted some big celebrity names recently, and some celebrities have even launched things. But even if you’re not a billionaire mayor, you probably should learn some coding skills. Below I offer six good reasons to try.

First, let’s be clear about terminology:

Now that we’re talking about the same thing, here are six reasons you should learn to code.

REASON 1: If you learn to code, you will be a better communicator in the future.

Some autumn day in 2020, you will find yourself feeling a little chilly despite the silver bodysuit you’re wearing. So you will say something out loud like, “Hey house, please turn up the heat three degrees.” Then a computer will make the thermostat in your house rise by three degrees. But if, instead of that, you said, “Dang, it’s cold enough in here to freeze the fuzz off a snow weasel,” your house would definitely pretend it didn’t hear you.

The point is, we will soon interact with computers using a variety of inputs besides mice and keyboards, including the spoken word. But in the very near future when we speak to computers, we will have to speak to them in a dialect they can understand, just as we speak to dogs using special, limited vocabularies. And learning to code will make you much more fluent in this dialect.

Now: A day will come when computers also understand the part about the snow weasels; heck, in the distant future you will be able to pilot a cheddar drone using only your mind! But the road to that bright horizon is paved with a lot of zany mishaps. Meanwhile, learning to talk and think like a computer will immediately make you more confident and capable in a world full of helpful machines that don’t understand human language very well.

REASON 2: If you learn to code, you will make cool new friends!

A whole lot of people on the internet are coders and many of them spend a lot of time helping each other learn stuff. They’re usually smart and nice. And despite stereotypes to the contrary, most coders are also pretty hip.

Imagine a group of people who are so passionate about their work that they do it on the weekends, too, and then give the fruit of their efforts away for free to anyone in the world. Many coders consider this standard procedure. They do it because they love it and the community expects it of them. It is their way of influencing history. Like artists.

Now, imagine you are trying to learn to code and you run into a problem. If you diligently attempt to resolve it through reading and experimenting and you still can’t solve it, and then you ask for assistance in an online forum of coders, you will almost always get a friendly, helpful, and downright generous response from someone you’ve never met whose time is worth a lot of money. If you participate and contribute to that same community, you may even befriend or become such a person. You will thereby join a global fellowship of coders, and you can expect to receive a mysterious book of rites in the mail. 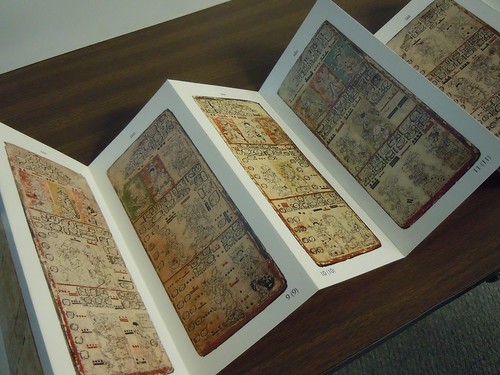 There is no question that computer programming is a lucrative occupation for many people who are good at it and also for many who are not. As of this writing, a senior Ruby on Rails coder can make about fifty thousand dollars per hour. So if you like money or the things money can buy, you might want to get a job as a coder.

On the other hand, you may not care about money, in which case would you mind buying me a beer? Thanks.

That link you just clicked goes to InspirePay, a payment startup founded by Mark Fischer. Mark charges nothing for the service — so, since you’re buying, do you mind getting him a pint too?

Like many software entrepreneurs, Mark seems to be motivated in part by the sheer adventure of it. The world is stacked a mile deep in problems that software can solve. These problems will occupy software innovators for decades to come. Entrepreneurs like Mark are like early pioneers crossing the tall grass prairie, like legendary cattlemen on the high desert, like the first gold miners in the Sierras. They see the promise of adventure and they accept. They go first.

Learning to code gives you a gleaming toolkit to carry into this vast new frontier, a frontier where you will find countless opportunities to make a fortune and take wild risks. Sounds exciting, doesn’t it? I’ll drink to that.

REASON 4: If you learn to code, you can kill a lot of birds with one stone. More than two birds, anyway.

I have a friend who runs a software development firm. His firm specializes in PHP coding. (He doesn’t pronounce PHP as “fup”, but I do.)

Most software development firms get a lot of inquiries, and only a fraction of these inquiries turn into contracts. Along the way a firm often produces a proposal describing the work contemplated. This is a challenge: Proposal writing is repetitive, time consuming, and often fruitless.

So my friend wants to automate his ideal proposal generation process with a web application. He’s hacking on it nights and weekends using the laravel framework. Plenty of technology service companies do this kind of thing; some even make a business out of it it.

When he’s done, my friend will have: 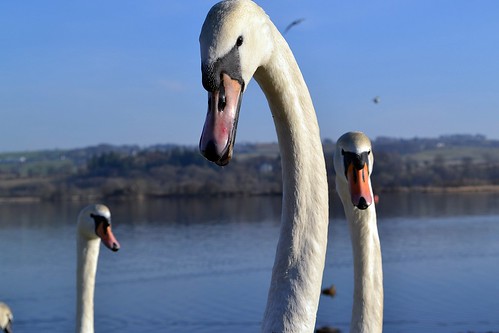 That is at least three dead birds; it could be more depending on how you count. So if you hate birds or something, now’s your chance to do something about it.

REASON 5: You have everything you need to start coding.

Computer programming is a difficult occupation, no doubt about it. But it does not take any more smarts than being an actuary or an attorney. It is probably less stressful than being a paramedic or a stockbroker. And it involves practically zero large predators, unlike zookeeping. Coding is mathematical and conceptual, abstract and very dynamic, and it is not for everyone. But look, you’re already on REASON #5 of a long and irritating six-reason blog post. You clearly have the most important characteristic of a good coder: interest.

Are you reading this on a computer that is sometimes connected to the internet? (If not — if you’re reading this in print — I’d like to thank you. I’ve always wanted to be published on paper. It’s really, like, flammable, you know? Do you mind lighting a corner of it on fire right now? Wicked.)

If you have a computer that is sometimes connected to the internet and you’re truly interested in coding, then you have everything that most people who code ever had when they started. Most of them didn’t have computer science training. Many of them didn’t have college degrees at all, or even high school diplomas. All good coders are self-taught to some extent. With your computer and your interest, you can do just what they do:

Seriously, you can learn to code no matter who you are. Everybody starts somewhere.

REASON 6: The world needs more people who understand, care about, and can make things with the raw materials of our brave new society.

This cannot be overstated: Humanity has experienced only a few inflection points as important as the one that makes it possible for me to say this to you right now. No matter how you feel about the media, smartphones, blogs, Facebook, the internet or computers, you must understand that they are radically, rapidly transforming culture and society in every direction at once. Your financial transactions and the football scores and your precise location on earth, pictures of your baby and adoring comments from its grandmother, your job and your friends and your secrets, your final conversation with someone you love, groceries on store shelves, missiles in their silos, the stoplights and the cars waiting at them and the people sitting in the cars and the news on the car radios — all that and more every day is connected and controlled through an information network that humans created with code .

When it appeared, the printing press made written material much more accessible to many more people. Still, not everyone immediately learned to read and write. The people who did learn to read and write fully participated in the new world that the printing press made possible. They controlled economic activity. They made the government and its laws. They recorded the histories. They propagated the world’s religions. They owned a portion of the culture, and they fought for their part.

The ones who didn’t learn to read and write? Most of them saw their fair share of sunrises and sunsets, just like most people for most of history always have. But a universe of richness and capability eluded them. Fantastic novels, inflammatory pamphlets, laws and holy books: All were just mysterious symbols to the illiterate. Just like code is to so many people now.

Today, too many smart people fear or disregard code, and shrug away their disregard as acceptable and normal. But code keeps food on our shelves. Code brings us all we know of world events. Code makes your smartphone possible. Code enables the unfettered personal expression we call a right. Code is the weapon that will win future wars. Code is the medium of future artworks. Code is the conduit of freedom.

Now, since you read this far, you obviously have plenty of time. So c’mon — why don’t you make some code? Here are a few places to start:

(This post was originally published on the dojo4 blog when I was the CEO of dojo4. I copied it here and refreshed it because I like it. It is adapted from a presentation I gave to a lunch meetup of the Boulder Chamber of Commerce’s 2140 group.)